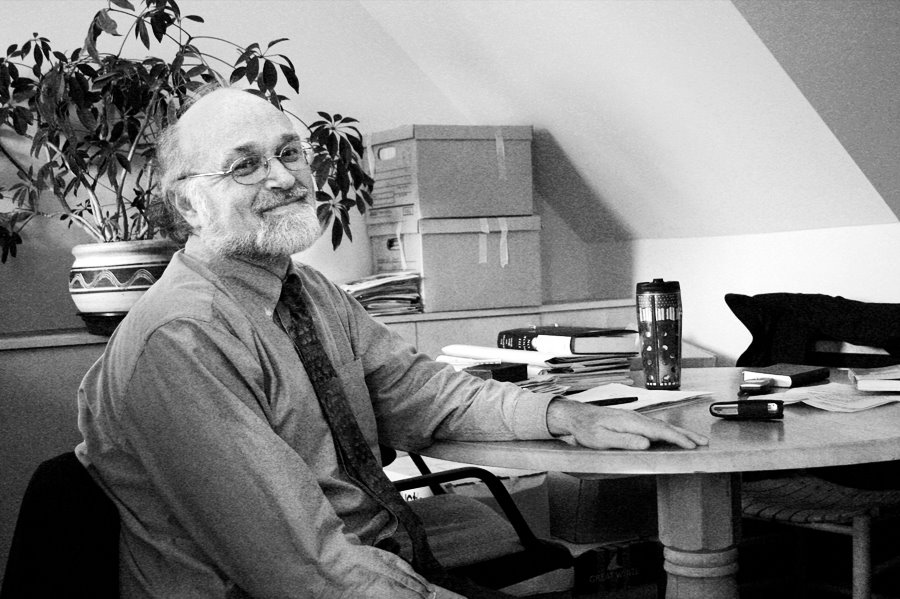 Write a letter, come to a meeting, go to a rally

The first thing that strikes you about Gene Karpinski is how fast he talks; three decades of representing the public interest to the US government must hone your skills in getting your message across as speedily as possible. The next thing that strikes you is that he radiates happiness. “If I ever step back and say ‘What’s the perfect job for me?’”, he explains – though it’s hard to imagine this is someone who spends much time stepping back –, “This is the perfect job for me.”

I met Gene in his cramped office in the shadows of the seat of US government on Capitol Hill, from where he directs the US Public Interest Research Group. US PIRG is an umbrella organisation which works on behalf of many state-based public interest organisations. “There are 15 advocates that work for me and they’re working on everything from saving the Arctic Refuge to trying to fix the health-care system, to trying to fight the banks, to trying to clean up our air pollution from power plants. We want to get involved where we think there’s a clear public interest versus a special interest angle.”

This kind of public interest campaigning is particularly relevant in the US, where large – often corporate – donors with special interests have a significant influence over politics. Gene got into this line of work immediately after law school, when he became an intern for organisations battling corruption and nuclear power. “I definitely sensed, ‘this is great and it’s what I want to do’ and I’ve been working in public interest work ever since.”

Gene became director of US PIRG in 1984. There can’t be many people who retain his obvious levels of enthusiasm after being in the same job for over twenty years. One reason, he says, is there’s always something new cropping up on his very wide agenda: “We should protect our environment, we should protect consumers and we should have a clean, open government. Those are broad principles, big-picture concerns”. Another, no doubt, is the long list of victories; some recent ones include fighting off proposals for drilling in the Arctic National Wildlife Refuge, helping to pass a bill to reduce subsidies to polluting industries, and preventing the Bush Administration’s attempts to remove protections for roadless areas in national forests. “When you’re involved in a set of issues nationally and an even broader set of issues state by state, there’s always some place you can point to where there’s positive change, literally that day or that week”.

How have they managed to achieve such impact without the enormous financial backing that most lobbyists enjoy? Thorough investigative research – “research is our middle name” – enables them to mount well-targeted media exposés and litigation. But the key is educating people and inspiring them to campaign. Gene makes full use of the internet, but he still also swears by more traditional methods. “We do a lot of door-to-door knocking and talking, ‘Hi, we’re here from PIRG. We want to talk about Clean Air issues. Did you know that President Bush is trying to weaken the Clean Air Act? Well here’s what that’s going to mean in your community and we’d like your support.’”

US PIRG devotes much of its energy to knitting together grassroots coalitions formed from diverse sectors of society. “We build the largest group possible of allies. It might be labour unions in one case, it might be the religious community in another case, it might be the fishing community on a particular issue or it might be physicians on a health-care issue.” He’s seen how ordinary people really can make an impact: “Write a letter, come to a meeting, go to a rally, be active, and the more folks are active on these issues the more we’re gonna win!” And he points out that, although special interests have many other advantages, grassroots organising is one battlefield on which they find it hard to engage. “They can’t organise masses of people through the internet by saying ‘We want to keep dumping toxic chemicals. Please tell them not to make us clean up.’”

Gene has a tangible grasp of his impact: he can actually point to numerous bills passed or stopped as a result of US PIRG’s campaigns. But he also has a more precise sense of the scale of the obstacles he faces. “We have the facts on our side, we have the truth on our side, we have the public on our side, so why aren’t we winning more?” It’s a rhetorical question. “Right now if you want to run for office in this country for the House of Representatives you have to raise a million dollars. Where are you going to find a million dollars? You have to go grovelling for it.”

But somehow, remarkably, he shows no sign of being daunted or discouraged. “Public interest advocacy is not for the short-winded. It needs to be a life-time effort to try and change society in positive ways. Any one issue can take years and years and years to resolve.” He’s brimming with optimism about the increasing numbers of people who are being attracted to a career in public interest work. “It’s both the professional side of it, actually seeing progress and making change, and the personal side, you know you’re working with close contacts and colleagues and friends who share your values and experiences and want to change society together.”

Much more than the varied nature of the work or the drip-drip-drip of morale-boosting successes, it’s obviously this fundamental aspect of his career which keeps Gene buzzing. “Whether you’re fighting the oil companies or the timber industry or the banks or insurance companies, you can bring your conscience to work every day on a set of causes that you believe in.” One wonders how many lobbyists employed by oil companies, the timber industry, banks or insurance companies could say the same.