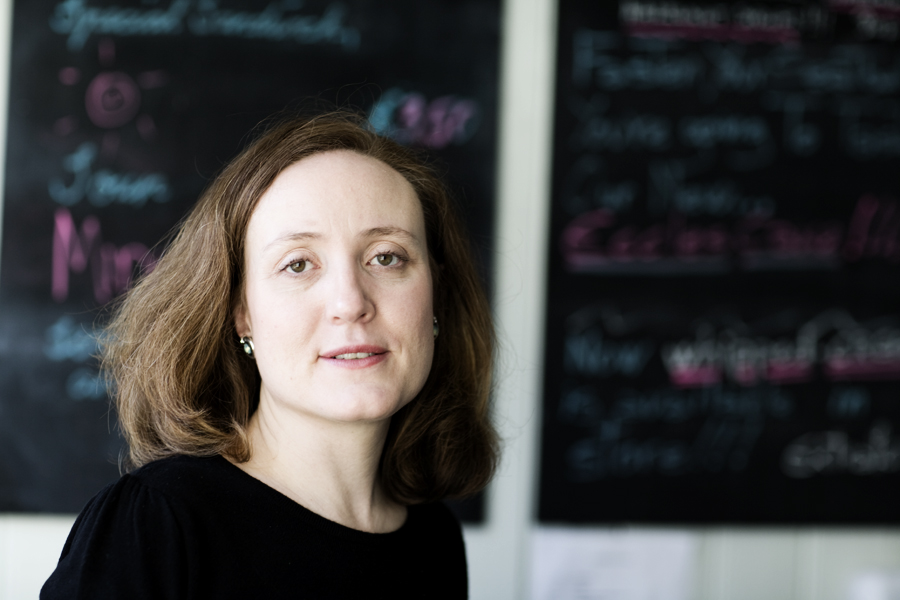 Venetia Strangwayes-Booth runs a café which is transforming a neighbourhood. Before Venetia started business selling delicious coffee, cakes and sandwiches on the Chatsworth Road in Hackney, London, the street was otherwise populated only with betting shops, fried chicken joints and pound shops. Opening such a radically different outlet in an area of social deprivation hasn’t been easy. Firstly, Venetia had trouble convincing a landlord that a smart café was what local residents wanted. Unlike Venetia, they hadn’t been chatting to parents in the local school playground who were crying out for somewhere to get a decent croissant and cappuccino. About a year ago, the determined Venetia cut a deal to rent a tiny shop which she has transformed into a coffee drinkers haven. Venetia’s is now usually bursting at the seams with eager customers.

I visited Venetia to take her photograph on a Sunday morning. By the time we met at about 9.30 the café was already buzzing. Venetia arrived with her two young toddler children and husband all in tow and was immediately organising her staff and readjusting her coffee machine. The grinds must be neither too fine, nor too coarse, she tells me as she times to the second the drips of espresso coming out of the machine. She offers me a second cup of coffee made with the correct sized grinds. Such an eye for detail may betray Venetia’s lawyer past, and is also the reason Venetia’s café is developing such a loyal following.

Venetia is candid about the challenges she faces running such an elegant eatery in a deprived area. Even having found a property to rent, it’s difficult to make a profit. She tries to keep her prices affordable, but clearly has to keep an eye on survival of the business. The hours are long and finding the right staff isn’t easy. She needs more space and plans to open the garden to customers in the summer. Venetia says she wishes she’d found financial backing before she started, but she’s learnt a lot on the way.

Her efforts are already having a knock-on effect on the rest of the street. About nine months after she opened shop a French delicatessen opened opposite her, selling high-quality cheeses and meats. The bookshop is moving to bigger premises and a toy shop is about to open. Local residents eagerly await further developments. A restaurant or two might be nice and Venetia herself is keen to capitalise on the recent popularity of farmers’ markets and get the Chatsworth Road street market up and running again.

What has surprised Venetia is how her café has become a focal point for the community. People come here to find out what’s going on in the neighbourhood she tells me. Venetia is clearly an important element here too, always ready with local information and news. She’s an antenatal teacher in her spare time, and much appreciated by the burgeoning population of pregnant women in the area. She’s also trying to set up a traders’ association so that she can save the street’s threatened Post Office. I wonder how she fits it all in, but perhaps a Sunday morning photo shoot with the whole family alongside indicates the answer. An expert multi-tasker who doesn’t take no for an answer, Venetia’s efforts are definitely the start of a fundamental change in this particular Hackney street.