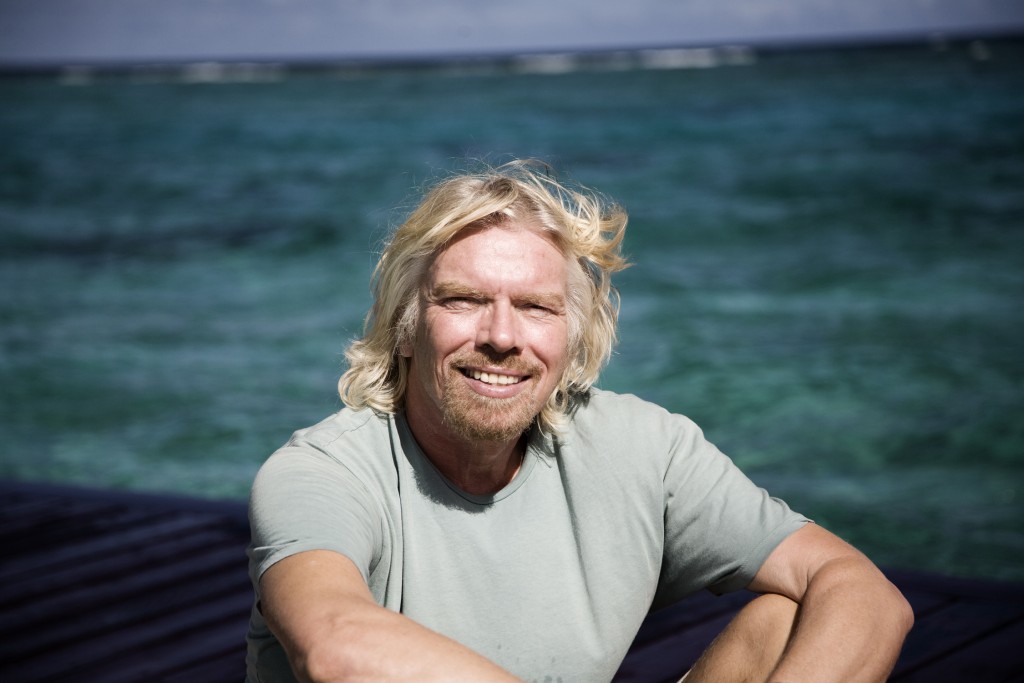 Have an idea and realise it

Last week I found myself in an unlikely situation; sitting on a Caribbean beach talking to Richard Branson.  In recent years, the international entrepreneur and chairman of the Virgin Group has become closely involved in projects that explicitly try to make the world a better place. He has made significant financial commitments to battle climate change and Aids, and several years ago set up a foundation called Virgin Unite.  I was delighted to have a chance to ask him about how to make a difference.

The occasion was the annual gathering of Virgin CEO’s and their guests on Necker Island.  On the first night a beach party had been arranged on Mosquito, the island next door, which Sir Richard recently bought. It was a staggeringly beautiful setting. The sun was down, the beach was lit with flame torches, blankets and cushions had been laid out. Hot on the barbeque were beer can chickens and chilli chocolate turkey.  It seemed that the only down-side, as the island’s name suggests, was the need for plenty of insect repellent.

I was impressed by the friendliness and openness of our host, who seemed genuinely interested when I raised the subject of “how to make a difference”.   He was keen to talk about his work. Even though the party music was thumping in our ears, I managed to pick up on Richard’s passion to use entrepreneurship and business to resolve some of our toughest environmental and social problems.

In the run up to the Iraq War in 2003, Richard and his old friend Peter Gabriel came up with the idea to create a group of senior, influential and independent people who could work together to resolve global issues and alleviate human suffering . He wanted them to be “global elders of the global village” and hoped they may prevent unneccessary conflict. He started by approaching Nelson Mandela and his wife, human rights activist, Graca Machel.  The couple loved the idea and Mandela agreed to become the founding Elder.  Although bombing in Iraq commenced before they could play a role there, Richard continued to provide the support needed to get a larger group of Elders off the ground. Mandela and Machel recruited 10 further highly experienced players like Kofi Annan, Jimmy Carter and Desmond Tutu.  The Elders use their moral authority and connections to intervene and promote peace in tense situations.  So far they have gone to work in Sudan, Cyprus and most successfully, according to Branson, in Kenya in early 2008.

I was keen to hear more about his commitment to invest all the profits of the transportation arms of his business over the next ten years (about $3 billion) into combating climate change;  I also wanted to ask about the War Room in South Africa which aims to tackle diseases like Aids, TB and Malaria, but deafened by the sound system we had to postpone our chat until the following day when I was introduced to Jean Oelwang, CEO of the foundation, Virgin Unite.

Jean was inspired and enthusiastic about the work of Virgin’s foundation. She has a great job working with people to launch entrepreneurial projects which aim to have a positive impact on the world.  This meeting was a reminder for me of why I started on my mission to find people who were making a difference.  I worked as an environmentalist trying to influence Shell from the inside for five years and while doing so I became disheartened by the slow pace of change and wondered what better approaches there might be. Jean told me about how Virgin Unite uses the creative spirit of the Virgin Group, combined with its financial backing, to incubate world changing ideas and launch them. The conversation really made me feel excited again about the potential for business to resolve some of the world’s toughest problems.  Maybe it was the beauty of Necker Island that surrounded us, but for the first time in ages I even started to imagine that I could work for a large organisation again.  So long as it was as innovative and passionate as the one I was hearing about from Jean Oelwang.

We can’t all be billionaires or run our own foundations but I still found meeting Richard and Jean inspired me to work on my own world changing plans.  As Richard says in his latest book: