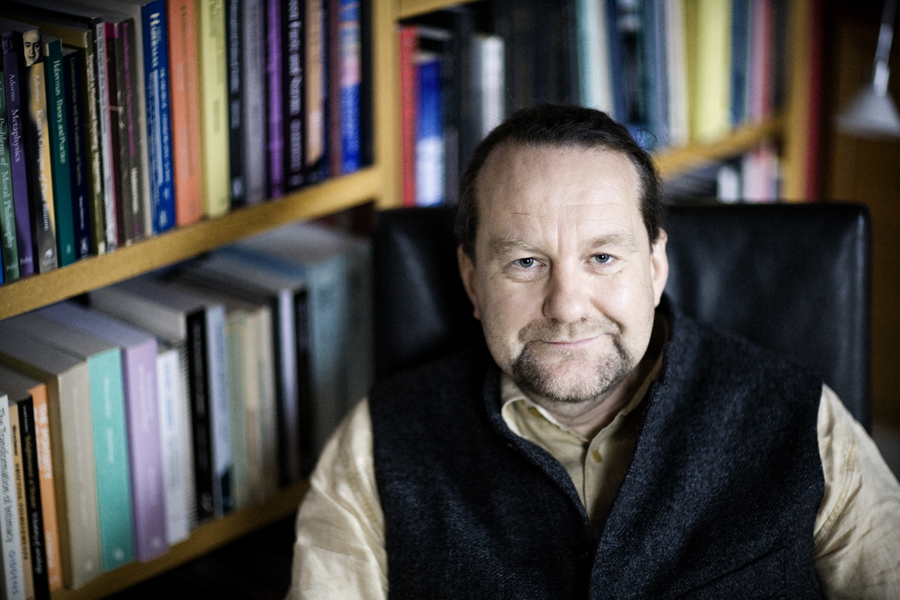 Lend when the banks will not

Even before “credit crunch” became a household term, in the days when you could still phone your bank and get a loan approved immediately, there were 2 million people in the UK who were financially excluded.  Either because of their poor credit history, income or social background, banks will not do business with about 3% of the population.  Mark Hannam is the Chair of the Board of Fair Finance, a bank which aims to fill that gap in the market and lend to individuals or small businesses who have nowhere else to go.  Research has shown that these loans tend to help people get out of poverty rather than fuel short-term spending binges.  Fair Finance is making a significant difference to people’s lives.

I met Mark in the basement of his Georgian terraced house, in the heart of Hackney, over freshly baked biscuits and tea in a pot.  Mark seems to live a comfortable life, indicative of his 15 years as an investment manager in the City.  However, four years ago he decided to leave the banking world behind him and “read some philosophy, do some gardening and cooking and spend more time with my 12 year old daughter.”

When he quit a friend advised him not to say yes to anything else for at least six months. So when, just one week after he’d stopped working, the Chief Executive of a local social enterprise asked him to get involved in a finance project, he asked him to come back later in the year.   Six months later, Mark still didn’t have a grand scheme for the rest of his life and so he started to find out more about the fledgling Fair Finance.  “Although Fair Finance didn’t initially have all the nuts and bolts that I would have expected in a financial institution, I was really impressed with Faisel Rahman the managing director. He convinced me that this was something worth getting involved in and sometimes you just have to go with your gut.”

Faisel had incubated Fair Finance for two or three years as part of the Environment Trust and then spun it out as a separate company in 2005, just as Mark was leaving the City.  “Faisel had a vision to develop a financial services company that targeted poor people and he had a team of people who looked up to him. He wasn’t in it to make people rich, but to make a difference.”

“In those days,” Mark told me, “the board members were mainly from the voluntary sector and didn’t have banking backgrounds.  I helped them to bring together a board who understood how financial companies work and to set up a finance committee with people who would focus on the financial side of things in the detail it deserved.  After about 2 years, I took over as chair of the board.  We started to look more like a financial company that was not-for-profit, than a social enterprise that happened to be in finance.”

Today, Fair Finance offers personal loans, small business loans and debt advice to people in East London who are either unable or choose not to access them through mainstream banking.  Clients are referred to them by local housing associations, social landlords and other groups which come across the financially excluded.  The applicants then undergo a stringent interview process before they are granted a loan.  “Once you establish your clients, then often people come back for a second loan, or someone will come in who is their neighbour or cousin or friend.  The second group are more reliable at paying back,” Mark explained.

Financial exclusion is more often thought of as a problem of the very poor in developing countries.  One of the most successful banks, providing microfinance services to overcome this, is the Grameen Bank in Bangladesh.  It was founded by Nobel Prize winning Muhammad Yunus in 1976 and now has 7.5 million borrowers. Since its inception, it has lent $7.5 billion.  I asked Mark how Fair Finance’s operation differed from those like the Grameen in developing countries.  In both places many of the clients are women.  However, the defaulting rates are much higher in London.  “In a village, where everyone knows everyone, it’s easy to assess people’s eligibility for a loan.  In an urban environment you don’t have the same knowledge of your borrowers, so you really have to focus on the initial interview.  Also, in London, you don’t have the peer pressure which means that people in villages don’t default on their loans.”  People defaulting on loans means that Fair Finance doesn’t get back 6% of its capital, but Mark says that’s not too bad.  He knows of other similar companies whose default rates are 15 to 20%.

Over the past four years, Mark has used his banking expertise to help Faisel and his team transform Fair Finance into an organisation with the necessary financial and business expertise to serve the customers they had identified. In the first four years of business they have lent over a million pounds to over a thousand people and they’ve given debt advice to 500 or 600 people.  Currently, they have about £600,000 out on loan.  Two thirds of this is to individuals and one third is to small businesses.  They employ 14 people.  “But compared to the size of the problem we’re still scratching the surface. We still have a lot more people who we need to reach.”

What has Mark’s involvement with Fair Finance taught him about making a difference?  “Suspend your preconceptions about what you can contribute to society.  One of the most valuable things that skilled professionals can share is their expertise.  It can be worth much more than money itself.”   But having benefited from Mark’s skills for the past few years, more money is exactly what Fair Finance needs.  The aim for 2009 is to secure its own financial sustainability by finding new investors, allowing them to open more offices, make more loans and help more people out of poverty.  I’d be surprised if there isn’t a growing demand for Fair Finance’s services.