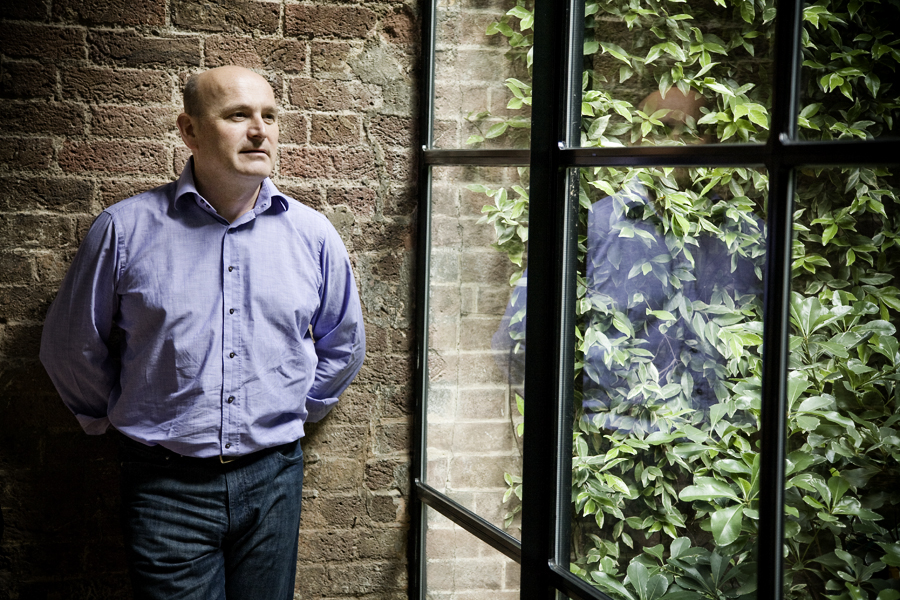 Buying two hundred acres of land and planting 60,000 trees on it, is not a way to make a difference that I would suggest is available to everyone. However, I do admire Paul Priestman’s approach to spending his extra cash.

By day, Paul is a founding director of Priestmangoode, an internationally renowned design studio, which specialises in the interiors of airplanes, trains and cruise ships. But Paul and his wife Tess, have long since held another ambition: to plant trees. In 2005, they decided to look at a range of sites in Northumberland, where Tess’s family are from. Paul says they immediately fell in love with one piece of land: “They were asking much too much. We offered to buy half the land at the going rate and they took it and so we ended up with 200 acres! It’s about a mile square. It’s a whole hill with a derelict farm in the middle.”

The deal was completed in 2006 and all 60,000 trees had been planted on about 100 acres of the land before 2007. Paul’s years of experience in product design clearly helped to take this project from concept to completion so fast: “I’ve always loved projects. I like to do things and create things,” he told me.

Unfortunately, I was not able to meet Paul in the woodland itself, but I was able to see some photographs over coffee in his Notting Hill mews house. Paul and Tess visit their trees about three times a year, when they hire a camper van and go and park it on the site; a side benefit which Paul clearly takes great pleasure in: “It’s fascinating to see the trees growing. It’s got two footpaths through it, so people can enjoy it. It’s lovely to see people walking their dogs on it. And we have local school children coming to visit. We’ve met so many local people through the project.”

The Forestry Commission have been of great assistance. They provide up to 50% grants for this kind of project. Although Paul and Tess had to find all the money up front, the grant will be repayed to them over the next five years. Paul says they want to reinvest that money in more land and trees in the same area. They clearly have the woodland creating bug!

The Forestry Commission also advise on which trees to plant and who to get to plant them. “They assessed the land and then planted willows down by the river and other trees, like rowan and holly, higher up. It’s all native species. It can never be cut down.” Along with the Forestry Commission grant came an archeological assessment, which is why trees are only planted on 100 of the 200 acre site “The archeologists said there were some interesting earth works in certain places. You could plant all over it, but that would restrict the grant.” At a cost of £2 per tree planted, you can understand why the grant is worth taking.

Other than that minor setback, Paul sees no downsides. To him it’s a fun and interesting way to invest some money. He’s happy to talk about how the woodland is developing; what measures they have taken to manage the wildlife in a way that protects the young trees; and what he’s learnt about ecosystem management along the way.

“There’s not many things where you just pay your money knowing you’re not going to get anything in return. It’s not for financial gain. I’m not going to sell it on. It’s something that’s going to be there forever.”

Paul is pretty circumspect about the whole project. “I don’t really talk about it very much. It’s just one of those things that have gone on and I enjoy. I can’t quite believe that it’s sitting there now.” If Paul doesn’t want to talk about it, then I will have to. Wouldn’t it be great if woodlands rather than yachts and sports cars became the ultimate status symbol?