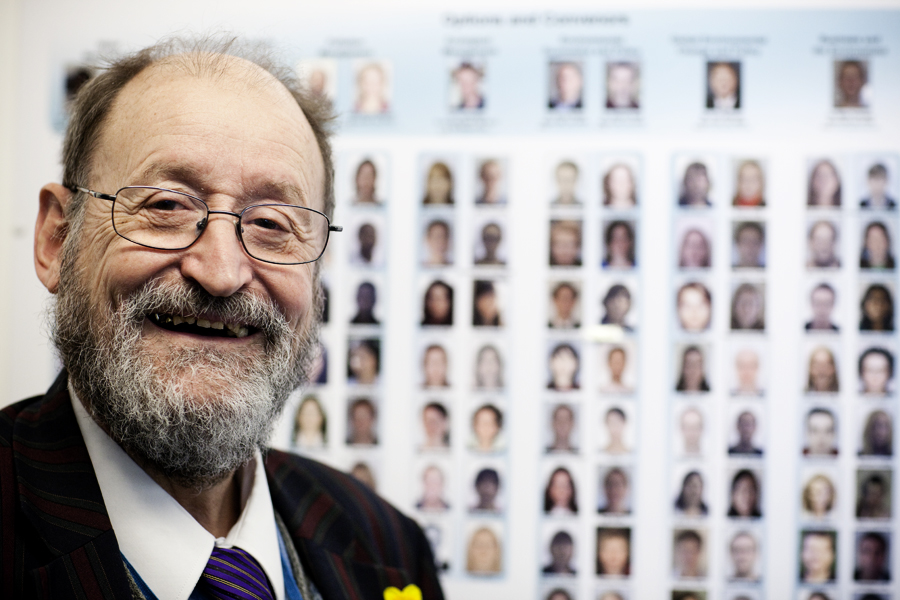 Work with people in other fields

Nigel Bell, past retirement age now, still loves what he does enough to keep him at the office. He’s a professor of environmental pollution at Imperial College, and for much of his 40 year career he has run one of the best Environmental MSc courses in the country (I would say that. I’m a former student!). Nigel has seen over 2600 students graduate from the MSc and claims to know them all by name. He is at the nexus of a generation of environmentalists who are working hard to protect the planet’s natural resources.

I’m talking to Nigel in his office which adjoins the current MSc students’ common room. Nigel is definitely not an academic who is isolated in his ivory tower. “I love being in the heart of things, where the students are.”

When the MSc took in its first students in 1977, it recognised that the resolution of environmental problems required a multidisciplinary approach rather than relying solely on science and technology. Social sciences like environmental management, law, policy and economics are critical. “It was really quite a heresy in those days because Imperial College was almost entirely science and engineering,” Nigel tells me. The MSc drew upon specialists who were often somewhat marginalised in their own departments by virtue of their interest in the environment. Nigel’s research interests were in, and remain, the influence of air pollution on plants. He was then in the botany department, but the chance to work with others across departments with interests in environmental issues was very attractive.

To this day, one of the reasons why students from the MSc course are so effective at tackling environmental issues is because of Nigel’s enthusiasm for networking across disciplines and occupations. Environmental problems are so complex that these links are essential. Take for example the resolution of stratospheric ozone depletion in the late 1980s. It took scientists, politicians, international lawyers and negotiators, manufacturers, retailers and consumers working together to achieve the successful phase out of CFCs. Nigel and his colleagues are educating people in all of these fields to resolve the even more intractable issues we now face.

I came to talk to Nigel at this time because I want to explore making a difference to one of our generation’s most incredible challenges: Climate Change. Climate change is now a major element of the MSc course and Nigel tells me that 20 students annually move into professions which are specifically aiming to tackle the problem: They become carbon traders, or work for energy related NGOs, charities and consultancies. These are some of the people who I plan to talk to over coming months. “Climate change is hellish important”, Nigel confirms, but then he’s quick to caution me: “The trouble is that it ain’t the only problem. Over population and over consumption are equally worrying.” I take the point, but let’s start somewhere.

I wonder what this man, who has probably influenced more people wanting to make a difference than most, thinks is the best way for an individual to have an impact. “ Get right into the heart of it. I think you can argue that the solution to the world’s major environmental problems lie in the self-interest of big business. You’ve got to be able to talk the language of big business and the City.” Personally, I found trying to change things from inside Shell International very tough, but hopefully there are plenty of other MSc graduates out there having more success than I did. I’m planning to put Nigel’s network to the test and write about the most inspiring examples for you here.