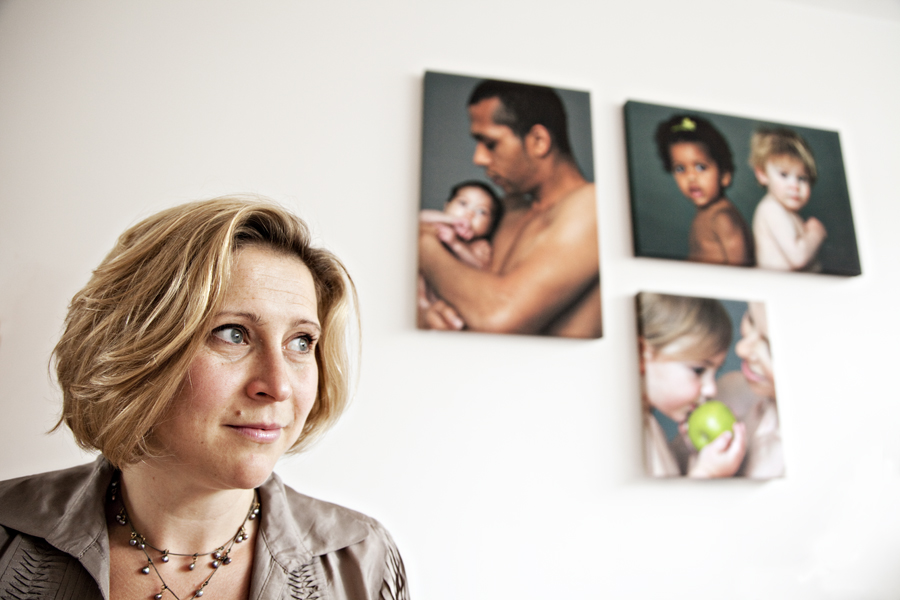 “Sometimes shit just happens! Some health problems are unavoidable, but what really gets my goat is the avoidable ill health and anxiety and I wanted to set up a charity that would try and prevent that.” This is how Alison Baum describes the emotions that brought her, a mother of two children born with significant health issues, to set up a charity that aims to address childhood health inequalities in the UK.

Alison knows first hand, what it is like to not have the healthy child you expect. Her first son David was born with a cleft palate and Pierre Robin Sequence. Then, lightening struck twice when her second son Joshua was also born with a cleft palate and developed viral meningitis at 8 days old. Alison was determined not to let this prevent her breastfeeding and through a combination of tireless expressing and special feeding bottles she gave both her children the best possible nutritional start she could.

During this time, Alison came across the bra which she says changed her life – the Easy Expression Halterneck Bra. A friend told her she could buy it from the US, and it allowed her to hold or feed her son, or read a book at the same time as expressing milk. She set up a company called “Express Yourself Mums” in order to distribute the bra to other women in situations like her own. It was through talking to these mums that Alison started to realise some of the health inequalities that emerge from the earliest stages for children in the UK.

Alison, was a science graduate, working as a film maker at the BBC. After having her first son David, she went back to work and ran Express Yourself Mums in her spare time. She also trained to do peer support for breastfeeding and became a breastfeeding counselor. She was shocked to discover that “In spite of the fact that its benefits to babies and mothers are undisputed, you are much less likely to start or continue breastfeeding if you are from a lower socio-economic group or are young.”

After the birth of Joshua, and spurred on by lots of evidence that improving child health can also lead to better social outcomes, Alison set up Best Beginnings in 2006. “We started with breastfeeding because it’s such an effective public health intervention. But breastfeeding is just part of the bigger picture around child health. For example, it’s simply not acceptable that a baby born in Birmingham is 6 times more likely to die in infancy than a child born in Hampshire.” Alison realised she could use her media and networking experience to campaign across a range of health issues: to encourage breastfeeding, empower parents of premature babies, support new fathers and generally shake up the services provided to new parents for the better.

I met Alison in a café close to the office of Best Beginnings. She arrived directly from accompanying her two sons to the dentist, somewhat harassed and late, in a manner that I suspect is not uncommon for someone who has both been given, and taken on, some impressive challenges. Alison told me that when she first started Best Beginnings, she did something which would be worthwhile in many fields. She brought together 40 organisations, all of whom were trying to promote breastfeeding and got them to work together to produce the Breastfeeding Manifesto. By getting these groups to speak the same languages (“A task not for the faint hearted” Alison points out) she made them a much more powerful lobby. As a result of this coalition, the right to breastfeed in public has now been enshrined in UK law.

It’s this kind of practical, results focused approach which has allowed Alison to become welcomed and respected in the world of child health even as a relatively new kid on the block. “Prevention isn’t as sexy as cure, but it’s more effective. When you go to a conference and midwives come and give you a hug, as has happened to me, and thank you for what you’re doing, it’s wonderful.”

After raising enough funds, she used her film-making experience to put together the Bump to Breastfeeding DVD. The DVD was given to every pregnant woman in the UK from autumn 2008 to November 2010. It aims to provide women with the most up-to-date facts about breastfeeding, and shows a wide-variety of women making breastfeeding work for them. “Women are bombarded with inappropriate marketing in this area. I don’t want to pressurize people, just to create an enabling environment for them to be successful. 9 out of 10 women stop breastfeeding before they want to because of pain or insufficient milk, both of which are avoidable with the right support.” Independent evaluation by university researchers has shown that the DVD does increase breastfeeding rates, especially if given to an expectant mother with a recommendation from a midwife. The DVD is still available, but now that the benefits are proven, Best Beginnings is encouraging NHS trusts to purchase it themselves.

The next big challenge is the Small Wonders project. This aims to help parents with premature babies. Fundraising is still in progress for another DVD which will provide parents with a gold standard resource. “Small Wonders is about enabling parents to play a key role in the care of their premature baby: Giving them the confidence to ask questions, giving them the knowledge and support and the confidence to establish milk supply. All of which can lead to positive health outcomes.” Best Beginnings are recruiting champions in all neo natal units and have gained funding to pay for specialist nurses in two hospitals. The aim is to “prove that the intervention can reduce hospital stay, infection (which breastfeeding can) and readmissions to hospital and therefore to demonstrate that this can be a cost saving measure. We hope that the evidence we create will encourage all units to recruit specialist nurses to support this work.”

“It’s about never taking your foot off the pedal. These are real, very deep issues, but they’re not insurmountable. I have a stubborn streak in me. I’ve always had the need to do something and have a social impact.” Alison is certainly right that these are incredibly difficult issues to resolve but her approach of engaging widely with stakeholders, using the power of narrative films and encouraging external assessment of the impact of their work seems like it has as good a chance as any of success. Good luck to the team with this incredibly worthwhile cause.