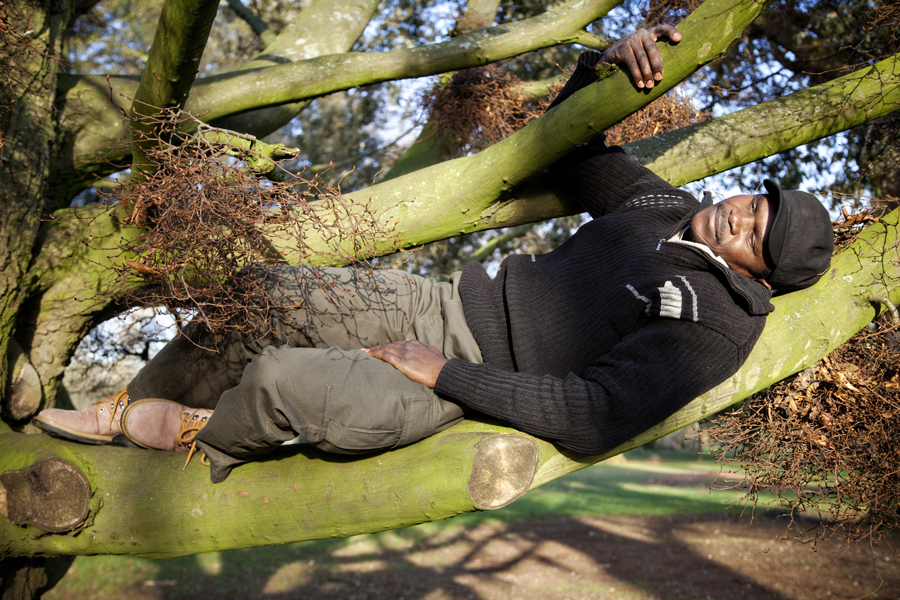 I’ve been taking a series of portraits over the past few weeks for the Media Trust of users of charities that they have helped over the year. I did the same job two years ago and once more I have been so impressed with the people who I have met. The first of these was the Kenyan Environmentalist depicted here, Joab Omondi. He chose that we met in Kew Gardens, an environmentalist’s paradise. The variety of plants and the scale of the trees there, even on a sunny January day, is stunning. As my role was to photograph Joab, I didn’t get a chance to interview him properly about “how to make a difference” but we did manage to talk a bit while I worked and I still think it’s worth sharing here.

As a student activist in the 1980s in Kenya, campaigning to protect wetlands in his local area, Joab was tortured by the authorities. Realising that he was at risk of arrest and further persecution he decided to leave his home and come to the UK. He was not able to return to Kenya until the end of the regime of Daniel arap Moi, in the mid 2000s, not even at the time of his mother’s death.

In the UK, Joab was helped by the charity Prisoners of Conscience to retrain as a geography teacher. Joab loves inspiring children at school with stories of the natural world, but now hopes to progress his own studies further, again with the help of Prisoners of Conscience, through a PhD on issues related to climate change.

Joab now has four children of his own and lives in Essex. He says “It’s hard to get them to understand how life was for me as a child”. “They cannot imagine how poor we were and that some nights we went to bed without food.”

It was lots of fun to photograph Joab. I am always a little apprehensive about asking people to lie on the floor, or climb up trees, but Joab was fantastic. He immediately started recounting stories of how his school lessons used to take place under trees and they used to write in the sand because there wasn’t any paper. Despite the frigid January temperatures, he happily lay on tree branches as if he was back in his sweltering home land.

I hope one day to find out more about Joab’s life as a young environmental campaigner in Kenya. He’s keen to write a children’s book too, which is something I hope to help him with. There’s another picture of Joab at Kew on my Portraits that Matter site.