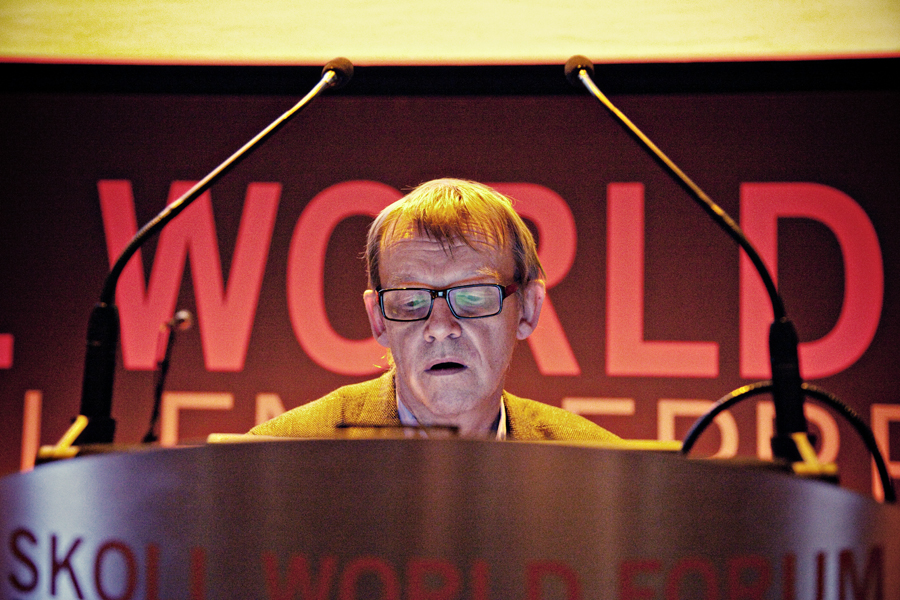 Bring development data to the world

Many thanks to Tim Harford for this guest post

Hans Rosling is the darling of the world’s favourite ideas conference, TED. He’s a man who has revolutionised the display of data, who rubs shoulders with Bill Gates, who has nudged and teased the World Bank into opening up its vast development databases.  He’s a professor of public health. He’s worked with Google. He is by some distance the most famous statistical guru in the world. And it all started with coffee.

“My father was a blue collar worker, a coffee roaster,” recalls Rosling. “He used to bring home coins from far away countries, from Guatamala, Brazil, British colonies in Africa. They were coins that coffee pickers or coffee packers had dropped, which had fallen into the coffee and come all the way to Sweden.

“And so I thought that these people were the friends and the colleagues of my father.”

As young Hans grew up he realised that the coffee pickers didn’t rub shoulders with his father. But the emotional connection was still there. His father explained, pointing to the coins, what small wages the coffee workers received. He took Hans to lectures on the international labour movement. “He never travelled, my father, but he always had a big international interest.”

If the emotional lead came from his father, Rosling also credits an unlikely source: the washing machine. In a remarkable TED talk, he recalls the first time his mother got a washing machine, and how much time it saved her, getting electricity to do the work of heating water and scrubbing clothes, work that had taken hours. Because his mother had more time, she had time to read books to him, and to teach herself English. At the end of the presentation, Rosling opens the door of the washing machine and out comes “The Cat in the Hat”. The washing machine, says Rosling, gave him the gift of an early education because it freed his mother from drudgery.

We’re sitting backstage in a theatre in Oxford, in a barren dressing-room, snatching a few minutes to talk before Rosling goes on stage at the Skoll World Forum to give yet another inspiring presentation. (I sit in the audience. The presentation is about demographic change, and Rosling uses everything from stacked walls of toilet rolls to animated computer graphics to make his case. It’s wonderful.)

But we’re getting ahead of ourselves. Before the TED talks, his innovative presentational software “Gapminder”, and his campaign for open data from the World Bank and the OECD, came the education of Hans Rosling.

One might expect that a man famous for bringing development data to the world discovered his mission because of what he discovered sitting in front of a spreadsheet or a mortality table. Not true. “I came to understand the world by visiting it. I use statistics to check my understanding and to tell others.”

But how do you “visit” the world? Rosling started young, travelling through Denmark and the UK by bicycle at the age of 15. A year later, having married his school sweetheart (“my family life is very conservative, family values, very ordinary”) he was exploring Greece. He studied medicine and statistics in his home town of Uppsala and at the age of 24 he was taking a year abroad, studying medicine in Bangalore – an experience that opened his eyes to the nature of the assumptions he had been making.

“I saw the lecturer put up a slide for discussion, I thought, ‘that’s kidney cancer, I’ll keep quiet and let the Indian students talk before I explain’. In six minutes, they had exhausted all my knowledge. In those moments I realised the Indian students were better than me. I had always been in the top quarter. In Bangalore, I was bottom quarter. And that was when I realised how racist we all were, how we thought we were better because we had been born in a richer country, with better institutions.”

Rosling qualified as a doctor and moved to Mozambique – “my son Ola went to school on the floor in Mozambique” – where he discovered Konzo, a paralysing disease which he studied for two decades. Eventually, when he moved back to Sweden, he found himself appalled by the ignorance of westerners about progress in “developing countries”.

This is a term Rosling dislikes intensely. This is partly because it sticks – to some organisations, Korea (home of some of the most sophisticated manufacturers in the world) and Singapore (lowest infant mortality in the world) and Qatar (highest GDP per capita in the world) are still developing countries. It’s also because there are tremendous differences, not only between, say, Mali and China, but even between Mali and Ghana.

At one point Hans rails against western ignorance so vehemently that his English starts to break down, “it is not the fact!”, he declares, dismissing the idea that Africa is a basket case. “So stupid!”

Many people make a difference in the world by doing advocacy, campaigning for some cause. Rosling takes pains to distance himself from his. “Everybody wanted to say, “do this, do that”. Nobody took it as their task to describe the world as it was. So that is what I did.”

“We get out information from three places: school, personal experience, and the media,” he continues. “But things change since our teachers were at school or since the textbooks were written. But also, when things change slowly, the media miss them. Iran has a lower number of children per woman than Sweden. Where was the media story about this? It changed too slowly for it ever to be in the news.”

It is a remarkable life, and as he approaches 65, Hans shows no sign whatsoever of slowing down. The twists and turns – from doctor, to researcher, to communicator, to campaigner for open data – are remarkable. I was wondering how to ask about those changes of direction, but as our interview drew to a close, Hans answered my unspoken question.

“I had cancer, testicular cancer, when I was thirty. It helped me to do what I wanted to do in my life.