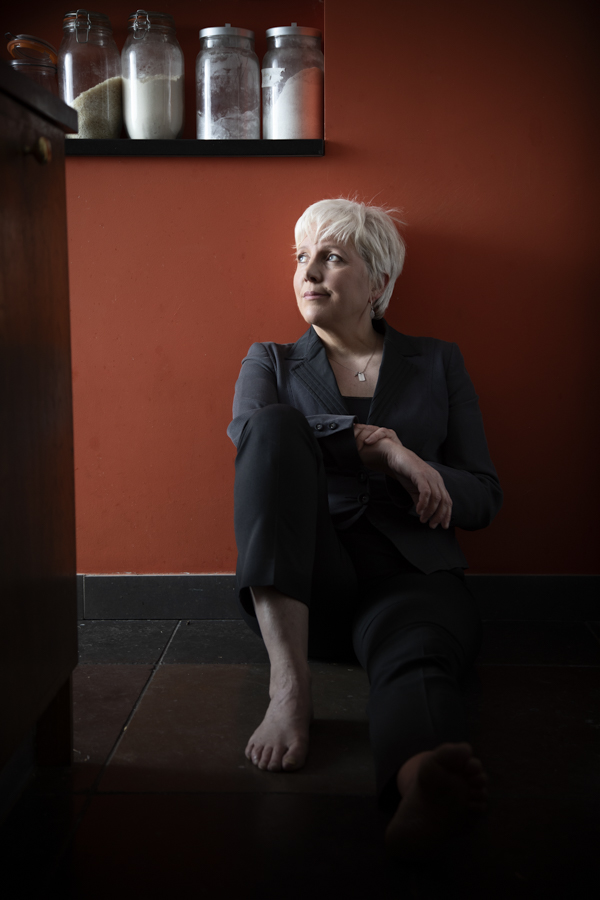 I have noticed that individuals who make a difference, often don’t set out with that intention. Usually, an event in peoples’ lives makes them feel so passionate about an issue that they have no choice but to do something.

For Carrie Gracie, the BBC’s former China Editor, the catalyst was the public discovery in 2017 that her male counter-parts were being paid substantially more than she was. Since then, Carrie has led a high profile battle with the BBC for equal pay. She has now published a book, Equal, about her story and the gender pay gap in general.

I was thrilled when Carrie asked me to help out with some publicity photographs. I had long been fascinated by her story, cheering from the sidelines, and wanted to create some images that would help support her mission. My aim was to portray the real Carrie, rather than a predictable, tough, man-hating caricature.

Carrie has been a loyal employee of the BBC for her entire working life. Being a hugely experienced journalist, China expert and Mandarin speaker, she was probably one of the only people qualified to take on the BBC China Editor job when she did. It must have been devastating to discover several years later that male colleagues, in similar jobs, were being paid much more highly. Carrie felt she had no choice but to take on the organisation that she had been proud to represent when she realised that she could use her voice to help so many others. In no way driven by personal gain, when the BBC awarded her £361,000 back pay, Carrie donated it all to the Equal Pay Advice Service and the Fawcett Society.

It was clear when I met Carrie that she had been through a couple of extremely exhausting years. After quitting as China Editor, she retuned to her previous role in the BBC new room while writing her book and continuing to campaign for equal pay. There is still much to be done.

UK equal pay law turns 50 in 2020 and according to Carrie it just isn’t working. Now that her personal grievance has been settled and the book is published, she is focussed on an effort led by the Fawcett Society and a group of equal pay lawyers to modernise and update the Equality Act.

How is the equal pay situation going to get better? “You need to improve consciousness about the issue first” she tells me. Her dispute with the BBC has helped with that and retelling the story in her book will spread that word even further. “Then you need to change the structures” and that is what she is working on now.  “It is very difficult to do, but if you stop people looking the other way, then that is a start”

Of all the pictures which we made, the one I’ve posted here is my favourite. I loved the red wall, and was wondering how to ask this stylish, professional woman to pose against it. The location of the spices and the breakfast bar meant the only space which would work was on the floor. I hesitantly asked, “Would you mind sitting down there?” Carrie laughed. “I have travelled all over China for the last 30 years. I couldn’t have survived without sitting on a few floors!”

The picture was made and the campaigning continues. I really wish Carrie great success with her book and her campaign and I hope she gets to rest soon as well. It’s important for all of us.