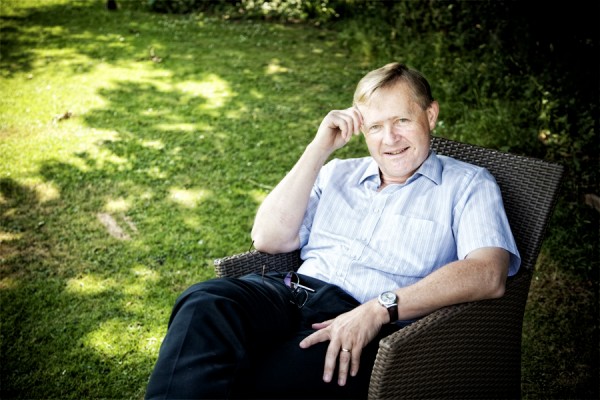 Policing is not the obvious career choice for someone wanting to change things. Becoming a police officer implies a readiness to follow pre-existing rules and orders, but Peter Neyroud was not born to conform and it didn’t take long for the police force to realise it. In his 30 year policing career he pushed through significant changes, many in controversial areas such as ethics, human rights and firearms.

Peter joined the police after he graduated from Oxford University in 1980. Many of his contemporaries were choosing careers in banking or law, but he wanted something different. “Up to that point my parents and grandparents had paid for my education. I was on a tramline that took me to Oxford. I felt like I hadn’t made any choices. So at 21, it was time to branch out. In a sense, it was a form of rebellion.” He was inspired by a fellow student, who was on sabbatical from the police, who suggested that he observed a night’s work at the local police station. Peter was immediately intrigued. “I applied to do a vacation course for 5 days with the Thames Valley Police, which was equally fascinating. I went out on patrol in High Wycombe with a sergeant who was assaulted while we were out. It didn’t put me off in the slightest!”

It was obvious that he was different from the outset of his career. Peter recalls his first day of service at Romsey police station: “When I walked through the door they expressed huge relief that I wasn’t Asian. They thought from my name that I was. That was not a good sign at all.” He was joining the police in an era when ethics and human rights were not at the forefront of practice. So there was plenty of scope for a bright trouble-maker to change things for the better. After 6 months as a probationer, in a highly unusual move, the Chief Constable asked to do Peter’s appraisal. This caused waves among his senior colleagues who wondered: “Why does the Chief want to see you?”.

His first experience of police reform came quickly. He was given the job of evaluating and rolling out a radical review of the beat policing system in his constabulary. Next he worked on reforming the juvenile cautioning system. “Both involved me sitting to the left hand side of the Chief Constable, addressing the entire senior management of the force, who had mostly grown up in the era of national service. They were skeptical about a very young looking Oxford graduate telling them how to run policing. One of them said to my mum, ‘How dare he tell my husband how to do his job?’” Peter was not deterred and felt comfortable in the role of rebel. “I was prepared to stand up to people. Like the detective who kept changing my shifts at the last minute. I was prepared to be quite bolshy!”

In spite of quickly being recognised for his talents by some senior officers, Peter had not been successful in gaining graduate entry to the police. His initial interview report said, “Peter is too nice and will be trampled to death on the road of life.” However, he persisted and after 4 years of experience and on his 3rd attempt, Peter was finally accepted as a graduate recruit. The report on him that day said, “He has learned to dodge the traffic”.

Peter continued to get promoted. “I was a reasonable constable. I was a much better sergeant and an even better senior detective.” As he moved up through the ranks, Peter became a strong intellectual power in the force. In the 1990s he was sent a series of books on policing and asked to review them. He noted that the most important volume seemed to be missing; there was nothing on ethics. So when asked to write “Police ethics and human rights”, he welcomed the task. This lead to him becoming Jack Straw’s advisor on implementing the Human Rights Act into policing. Peter also applied his knowledge of ethics in his role as lead on police firearms in the UK.

Introducing change to an organisation which is so traditional and has such a strong culture is not easy. After an entire career at it, what has Peter learnt? “You need huge zeal and enthusiasm. You have to have a feel for the emotion of the organisation because whatever you’re changing is going to change people’s lives materially. You have to be empathetic enough to understand why they might resist it and creative enough to be able to persuade them that the journey is worth going on. You also have to be careful about not leaving a trail of losers behind you.”

Peter had to put all this experience into practise when as Chief Constable he reformed how Thames Valley Police delivered local policing in the mid 2000s. Even though the Force was almost at the bottom of the crime statistic league tables when he arrived, by the time he left, five years later, they were close to the top ten. He puts this down to the new structure which gives a much better connection between the Force and its local authority and other partners.

Even to an expert operator like Peter, change is not always easy or successful. Peter’s final years in the police were spent “working ridiculous hours” on bringing together the National Police Improvement Agency. He was passionate about the success of the project, but the new Conservative Home Secretary, Theresa May, decided to abolish it as soon as she came to power. Peter is still adamant that this was the wrong thing to do.

His parting gift to the service was a review of leadership and training, which subsequently instigated the establishment of the College of Policing. “I wanted a move towards a chartered police officer with an evidence based training and applied embedded ethics as part of the approach to the job.” Peter is proud that this particular report has been downloaded in over 100 countries in the world. “So it must be doing some good!”

Having retired early, Peter has not lost his passion for improving the ability of the police to support social justice. He’s a member of the Labour Party and is working on Labour’s Independent Police Commission and now a Victim’s Taskforce. He is also working towards a PhD using randomised trial techniques to determine better ways to make prosecution decisions at police station level. Whether an offender is formally warned, cautioned, prosecuted or merely given a “cuff by the sergeant” and asked to pay a fine, appears to have a significant impact on future outcomes. Peter hopes that by analysing 3 million items of data, with colleagues at Cambridge University, they can provide enough evidence to create a model that would challenge the existing criminal justice system. If anyone can do it, Peter Neyroud can!