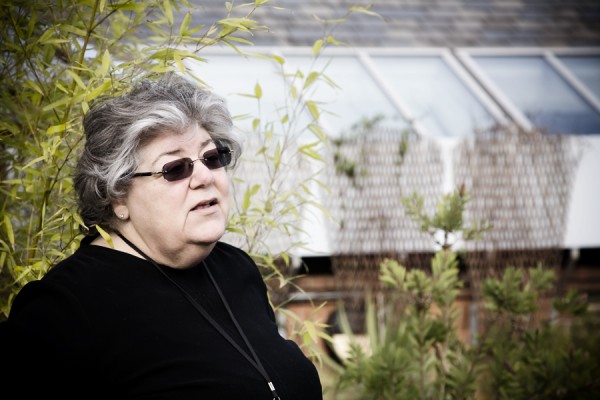 In the current economic climate, a career as a school teacher is especially attractive because of the job security it offers.  The career of Dame Anna Hassan demonstrates how teachers can make a huge difference not only to the lives of the children they teach but also to entire communities.

I met Anna (as she insists that all staff, pupils and parents call her) a few weeks ago at Millfields Community School in Hackney.  She was head teacher there for just about 16 years and retired only last week.  As we walked around the school trying to find a vacant room, it became clear what an efficiently used building the school is.  Every little space is utilised by big and small groups of children, well behaved and eagerly listening.  As we walked around, Anna took the time to stop and talk to many of them, enquiring kindly about what they were doing and answering questions too.  We finally found a music room which would be free for an hour.

The shortage of space in the school is all the more remarkable because when Anna arrived, 16 years ago, the school was only three quarters full.  It was failing and staff attendance was only 50%.  Anna’s initial task was to merge the infant and junior schools into one school.  “It was in a state.  There was no leadership and the two schools weren’t even talking to each other and a lot of the teaching was terrible,” she told me in her soft Northern Irish accent. “I said to the teachers that this is a vocation, so they need to be happy if they want to stay. They had to have a sense of humour.”

Anna didn’t realise that teaching was her vocation when she embarked on her career.  Her parents were both Italian, “peasant stock from just outside Rome”, who moved to Northern Ireland and began to run an ice cream business and a café.  “We were a typically hard working immigrant family”, Anna explained.  As a teenager Anna watched her older sister, (“the good looking one” she told me with a smile), being set up for an arranged marriage.  As Anna reached 16 or 17 she wanted an escape plan so that she wouldn’t be subject to a similar arrangement and so she decided that “the easiest thing to do would be to go and teach.”  She laughed at this statement, although not with any sense of regret.

She was allowed to move to London in the early 1970s and after her first teaching practise, Anna said, “I was hooked.”    On her early teaching practises, Anna found education standards in London to be shockingly low.  “Children were running riot, there was a lack of rigor and they hadn’t understood that learning was important.  Of course, this was down to poor teaching and leadership.”

Anna set about doing her bit to improve things.  In a number of positions at London primary schools she aimed to show how providing a loving environment in which children are respected and also follow strict rules, can massively improve educational outcomes.  Arriving at one school she was asked “Will you be the disruptive teacher?”. She explained how this meant teaching a class of 6 to 8 year old, unruly, children who had yet to learn to read or write.  “The adults had lost respect for them and I had to build it back.  It took me 2 years to get them all reintegrated.”  This is typical of Anna’s “children centred” approach to education and one of the reasons why she has achieved so much.

Millfields school is now a beacon of educational excellence.  Its most recent Ofsted report stated that the school was outstanding in all areas.  The school is now oversubscribed and parents, pupils and children all seem extremely proud and committed to the school.  The impact on a formerly very transient community is substantial.  Many parents who might otherwise have left the area are staying, providing the kind of stability that helps communities to improve.  The top quality secondary school, Mossbourne Academy, down the road helps to enhance this effect.  Anna likes to say, “Changing schools, change communities and changing communities, change schools.  We have changed this school, philosophy, thinking and ways of working.  And in turn, lots of the parents are being inspired and taught by their children.” Anna is a strong proponent of the liberating effect of this education on people who might have missed out before.  “Education needs to come first to give people choice.  If you can’t read and write you can’t do anything.”

Good leadership has been critical in turning Millfields from a sink school into an outstanding one, but Anna definitely isn’t taking all the credit.  “I have always found that the right people come along at the right time.”  She explained of the teachers around her.  “It’s all about respect, listening to people and rarely putting my foot down.  Backed up with rigorous systems and structures.”  She also emphasises the importance of leadership succession and for the last three years Anna has been executive head while Millfields’ new head teacher has been running the show day-to-day.  This kind of succession management is critical if standards are to be maintained.

After retiring from full-time work, Anna is taking up various roles to share her vast knowledge and experience further.  She is helping to turn around another local school which is in trouble and also plans to take up a position with Unicef.

Would she recommend that others follow in her footsteps?  Without a doubt.  “Teaching is the best job in the world.” She told me “It’s never the same any day.  I’d do more study if I had my time again.  I never dreamt what I would do. “

We quickly had to finish as a class of 4 and 5 year olds quietly came into the room accompanied by their teachers.  “Let’s sing a song for Anna!” one teacher suggested and the children happily complied.  We were treated to a lively and enthusiastic rendition of “Jambo”.  What a fantastic reward.