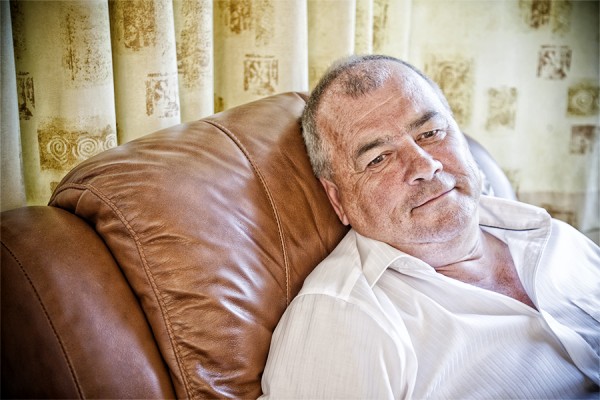 One might have thought that the accomplishments of a former General Secretary of the Trades Union Congress would be topped by industrial disputes resolved, political battles won and workers’ rights protected. However, Brendan Barber, who retired from the role in 2012, talks most passionately of what he achieved in the arena of skills and learning.

As a result of a programme which he helped to push through, every year 250,000 workers are receiving training through the workplace, often in basic skills, like literacy and numeracy. “Giving people, that may have been regarded as failures in traditional school education, the confidence to have a go. That’s the kind of magic ingredient,” he told me as we sat in his living room in Muswell Hill. He is also keen to tell of the significance of the 25,000 union learning representatives, that are part of the same initiative. They have been critical in encouraging fellow workers to get back to school.

I met Brendan Barber back in 2013, soon after his retirement as General Secretary, and so this interview has been in my archives since then, awaiting its moment. How to Make a Difference has been on sabbatical while I focussed on another project, but now we’re back!

Brendan started working for the TUC in 1975, as an industrial training assistant in the Organisation and Industrial Relations department. Interested in Trade Unionism as a force for positive social change, he had no idea that he would make such a “varied and interesting career” out of it.

In 1979, after just three years as an assistant and much to his surprise, Brendan was appointed head of the Press and Information department at the TUC. He found himself at the centre of everything the TUC was doing and loved the role. “I started a month before Margaret Thatcher was elected. There was a huge political change going on. A lot of people in the TUC didn’t realise how big that was going to be. For 18 years. So that was a fantastically challenging time. Fantastic job.”

In the 8 years that Brendan remained in the press role, he witnessed many pivotal industrial dispute negotiations, notably including the miners’ strike. “I tried to make it my business to be involved in every key meeting, on the basis that it was important for me to know exactly what was going on.”

During long, difficult discussions, Brendan developed the confidence to put forward his own negotiating suggestions. He sat, listened and then passed pieces of paper with his ideas to the then head of Industrial Relations, John Monks and the General Secretary of the time, Norman Willis. Brendan loved the role: “I had an absolute ring side seat.”

He was a rising star, moving quickly through the ranks. He became head of Organisation and Industrial Relations, then Deputy General Secretary and finally General Secretary in 2003. However, when he reflects on the impact he has had, it’s not the industrial action averted or the political influence exerted, that stands out for Brendan; it’s another role of the TUC which Brendan complains, “hardly gets any media attention”.

When he was head of the Organisation and Industrial Relations Department, they started to look at the potential for the unions to negotiate for learning opportunities for their members. They wanted to convince employers to provide space and time for skills development at the work place and to encourage educators to help provide the necessary learning opportunities.

Once he became General Secretary, Brendan encouraged the development of UnionLearn, a semi independent body supported by the TUC. The idea was to improve skills development opportunities across the country and establish the role of Union Learning Representatives. These people not only bargain with employers to make the time for learning, they talk with local colleges who provide the teaching, and most importantly convince fellow employees that it’s worth going back to study.

The true impact of UnionLearn was brought home to Brendan with the arrival of a bundle of letters from Stoke one day: “Some workers had decided that they should write to the TUC and this was the first letter that they’d ever written in their lives. They’d written to say thank you for giving them this chance, it was making a huge difference in their lives”

Brendan is now chair of the council of ACAS (the Advisory, Conciliation and Arbitration Service), so it appears, the negotiation table still offers its attractions. UnionLearn is also still going strong and for many it is just the start of their educational journey:

“One of the things we discovered is once people had the confidence to take that first step back, if they succeed, then they want more. Once the basic skills are in place, they want to get professional qualifications. So, it’s not the end of the process but the start.”