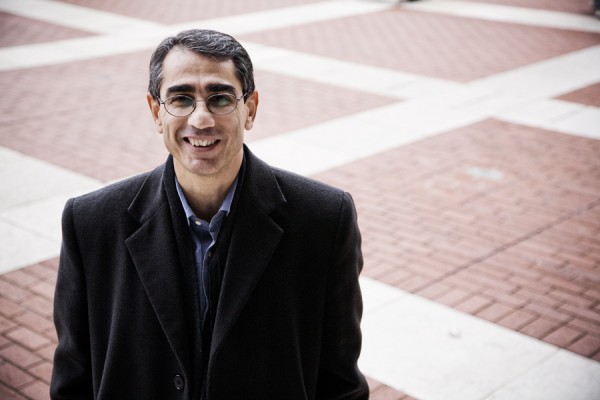 Give Iraq the tools to re-educate its people

Saad Eskander has such a difficult and important job that it’s easy to feel guilty about keeping him away from it.  However, when I met him, he was so relaxed and friendly that it was hard to imagine the challenge he has set himself.  He is the Director of the National Library and Archives in Baghdad and as such is trying to heal his Iraq through education, access to information and by creating a democratic and caring workplace.

I met Saad over a cup of tea in the British Library Café, surrounded by stacks of books and students on lap tops using wireless internet.  We are so lucky in our society that it’s the kind of environment that we have come to take for granted.  That couldn’t be further from the truth for Saad.  After years of censorship under Sadaam, the National Library and Archives were almost completely destroyed during the 2003 invasion. That’s why the work he is doing, to make academic resources available again to the people of Iraq, is so important.

Saad speaks English fluently but with a strong Iraqi accent.  He told me his story in such an unassuming and modest manner that you would never guess the immense courage needed to stick to his task over the past five years.  Only when he talked of the life of his two young children did he say that things are hard.  They cannot ever go to the playground because it’s not safe.  Even then he was quick to point out how lucky he is because his family can enjoy some country air in Kurdistan every summer.

Through his own free will, Saad decided to return to his home city of Baghdad in 2003 after 23 years of absence, of which 13 had been spent as an academic in the UK.  After Sadaam had been removed, Saad and a group of Iraqi artists, writers and academics from the UK returned to their country to see what they could do.  All of the group except for Saad returned to London almost immediately because they were so shocked by the security situation.  Saad alone was prepared to risk his life in order to assist with the rebuilding of the nation that he loves.

At first, Saad told me, his dream was to become a history teacher at Baghdad University.  During Sadaam’s time only one version of history was taught and Saad believes this needs to change if Iraqi society is to progress.  However, when he heard of the vacancy for a Director at the National Library he applied for the job.  The Minister of Culture felt that Saad’s foreign education and experience made him perfect for the post and he was appointed.

At this point Saad had not yet visited the library for the first time.  The Minister of Culture insisted that they go there together.  He later admitted that this was so that Saad “did not run away until he’d signed up for the job”.  Saad described his shock on first seeing the library to me: “95% of the contents had been either destroyed or looted.  Everything had been burnt and even the marble had melted.  Everything was covered in soot and the stench was almost unbearable.”

Saad’s first challenge was to find somewhere to work.  He could not even find a place to sit in the main building so he went to search in the library’s theatre nearby.  He was able to set up a table and chair in the kitchen.  This became the control centre from where he started to rebuild the institution.

Like Iraqi society as a whole, Saad told me, the National Library had previously been run like a dictatorship.  The former director was Sadaam’s favourite poet.  Saad inherited 65 of his ageing staff, all of whom were demoralised and passive after years of living under the former regime.  He tried to encourage them to speak openly, to challenge when necessary and to put forward new ideas, but he found that change was slow.  So, Saad employed 200 college graduates alongside the existing employees and found that with their influence, everyone was able to adapt to new ways of working much more easily.

Saad also tried to demostrate the power of democracy through the work place.  The library was managed by a committee chosen by the former director.  Firstly, Saad asked his archivists and librarians to elect their own representative to this committee and then to elect a whole new committee which now works alongside the old one.  Saad likens the two management groups to the House of Lords and the House of Commons and he says the system is working well.  “They like to compete with each other over who can come up with the best new ideas and initiatives for the library.”

His staff also needed to be requalified.  Many of them had not had any training for at least 20 years and so their expertise was woefully out of date.  Saad now sends his staff overseas to Czechoslovakia, USA and Italy to learn about topics like conservation and digital archiving.

Saad tries to lead by example and treats all his staff fairly and as equals, no matter what religion, politics or gender.  He has encouraged the female staff to set up a women’s committee and supports their career progression.  Most importantly of all to Saad, he will not tolerate any kind of corruption.  “Violence is not the biggest problem facing Iraq, corruption is”, he told me.  For years the staff at the library had accepted bribes and bullied readers who didn’t cooperate.  Now Saad prides himself on being completely open about every penny of the budget that is spent and says that he punishes severely if he finds any staff who are behaving corruptly.

As we talked, Saad did not dwell on the security risks he and his staff endure every day.  He is focussed on the practical tasks he needs to complete to do his job well.  He was visiting London this time to retrieve maps and archives which had been acquired by the British in the first part of the 20th Century. He is also still campaigning hard to regain archives from the USA which were taken during the invasion in 2003.

One of his main objectives now is to get Iraqi legislation changed to enforce freedom of information.  Saad currently allows readers to access all records, but he does not want this to depend upon future library directors’ good will.  He wants this right to be set in the law.

I asked Saad if he saw signs that other institutions were being inspired by his and adopting more democratic and open working practises.  Saad is pessimistic.  “Others are scared of their staff.  They think that freedom is risky.  They try and prevent me from having too much influence.”  Still Saad does not seem disheartened and I can see that he truly believes in the power of education to bring wider social change.

I leave Saad feeling humbled.  I am so impressed by a man who will take such personal risk in order to do what he thinks is right.  It makes me realise that until now the stereotypes of Iraqis which have influenced me most are either those of the victims of violence or the purveyors.  Now I feel like I can start to understand a new and much more positive image.  A person who is so strong and determined about rebuilding his nation that it is hard not to be optimistic about its future.