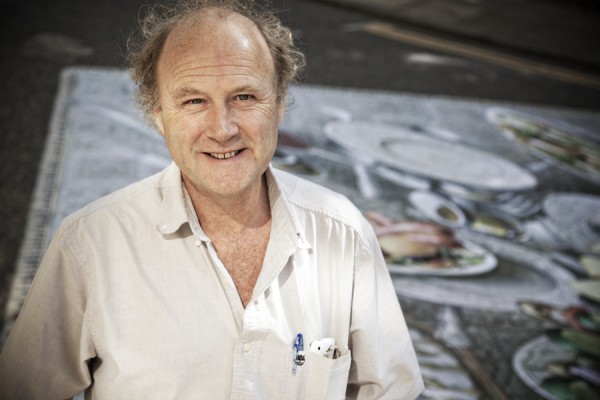 “Britain isn’t broken, it’s just a bit bruised around the edges. The reason that we don’t know our neighbours is because we’re all quite shy and don’t know how to give ourselves permission to get to know each other.”

Tim Smit’s words really ring true to me and my life in an inner city borough of East London. I do know some of my neighbours to say hello to, but would like to get to know them better, without seeming like a weirdo, desperate for new mates. Plenty of others I don’t know at all, and wouldn’t know how to go about meeting them.

Fortunately, Tim  has an idea to help with the problem. The founder of the Eden Project in Cornwall is now promoting The Big Lunch. A country-wide push to encourage street parties on the 18th July every year.  Communities have to organise the parties themselves, but Tim and his colleagues at Eden are trying to give us the excuse we need to get to know our neighbours better. The Big Lunch started in 2009 with 8263 big lunches across the UK. Now in its second year, Tim has high hopes for the event: “Ideally, I’d like to turn it into the British equivalent of thanks giving.”

I met Tim on a sunny morning in a cul-de-sac in Highbury, North London. He was there with Kurt Wenner, a renowned street artist, promoting this year’s lunch with a huge chalk drawing of a picnic in the middle of the road. Tim, who admits to being “quite restless”, has been an archaeologist, worked in the music business, unearthed the Lost Gardens of Heligan and been a driving force behind the construction of two biomes in an exhausted clay quarry at Boldeva, that became Eden.

So why the Big Lunch now?  Tim believes there are many potential benefits, to the environment, society and for individual well-being. “We want to help communities become resilient. When people know each other, they start to do stuff together. For example, if you’re going to use fewer resources, one of the best ways of doing that is by sharing stuff.” Getting communities to know each other is a good way to prevent extremism, and allow “the good people to get organised”.

Tim says that they are just aiming to be a catalyst for people to do their own thing.  What a brilliant, and simple idea. I’d never thought of organising a street party before, but now I’ve already been in touch with my local council about getting our street closed. I’m still scared. Would anyone come? Would motorists get angry with us? What if someone comes and causes trouble? But so far the response from the neighbours I’ve spoken to has been great. I just think it might work for us and I hope lots of other people will give it a try too. Why don’t you?