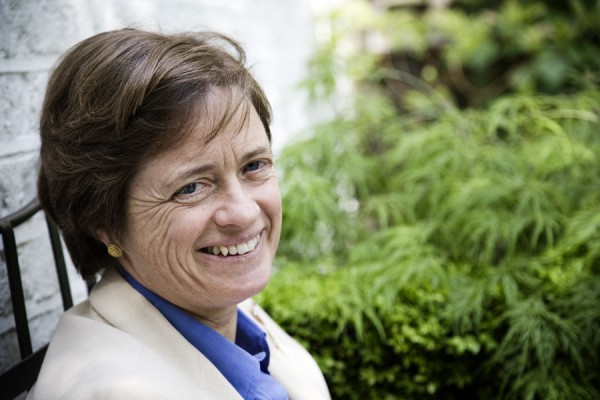 Sail across the Atlantic 7th of July 2009

Sail across the Atlantic

Amelia Fawcett captures my attention with a quote she likes to live by: “One person can make a difference and everyone should try.” I couldn’t agree more. We are chatting in the kitchen of her house in South Kensington. She’s making the coffee, having just dashed here from meetings about her newly announced role as chair of the Guardian Media Group. Amelia has a string of such responsibilities: She’s Deputy Chairman of the National Portrait Gallery, Chairman of the London International Festival of Theatre and a director of the Board of Business in the Community to name a few. Until 2007, Amelia was Vice Chairman and Chief Operating Officer of Morgan Stanley and one of the most powerful women in London’s banking circles.

What had initially interested me about Amelia was a voyage which she made across the Atlantic in 2007, a short time before she departed from Morgan Stanley. The timing was not a coincidence. “The journey gave me the time to think,” she explains. The 17 day sail was much more than a personal sabbatical; Amelia was approaching 50, wondering what to do next with her life and sure that whatever it was, she wanted to make a difference. She was also lucky enough to have some share options which had expired and “a little extra cash”. A life-long hankering to sail across the Atlantic and a position on the board of Breakthrough Breast Cancer’s Generations Appeal gave Amelia the idea to make her epic fundraising voyage.

Amelia immediately applied her business experience to the cause. “I treated it like a project. I called my brother, an outstanding sailor, and asked him if I could hire him to see if we could do it. Is the project a go or a no go?” That was in January 2005. By late spring they had decided that it was possible and by the end of the year they had picked the right boat and equipment. Then Amelia had to turn her skills to fund raising. She went to the chairman of the Generations Appeal, Mervyn Davies, and said “I think I can raise £50,000”. Mervyn told her not to get out of bed for less than £150,000. He advised the stunned Amelia to get six corporate “anchor sponsors” to pay £15,000 each, which is what she did. She ended up aiming to bring in £250,000 and the final total raised is over £300,000. Amelia covered all the costs of the voyage herself, so every penny raised went to the appeal.

Even for someone with a wealthy contact list like Amelia’s, raising this kind of money is no mean feat. “I sent 475 letters out and wrote a personal note on each one. I think we had a 65% hit rate and money came in in 5 pound and 5000 pound sums”. Amelia was amazed by people’s generosity and by how many people had been touched by breast cancer and wanted to contribute. “I arrived one night at my home in Wales to find a rain sodden envelope waiting for me in the post box. Inside was £20 and a note from a neighbour saying “I’m a survivor of breast cancer. Please will you sail the Atlantic for me?””

The weight of responsibility of the voyage was not lost on Amelia. She was worried about the safety of her crew and achieving what her sponsors were hoping for. “I said to people I wasn’t sure what was more terrifying, failing to sail across the Atlantic – I’m not an outstanding sailor, just a day sailor – or failing to raise £250,000. I live in fear of letting people down. I don’t want to do that.”

As it turned out the journey was far from straight forward. The weather forecast made their voyage difficult and they had to sail to the North on the perilous Iceberg Highway. For Amelia the decision was enormous: “For the 36 hours that we were in the Iceberg Highway I don’t think I slept a wink. The temperature of the water plummeted and as the temperature gauge went down, I felt more and more nervous. In the end, the icebergs had moved 40 miles North and we were OK. We talk about taking risk in business, in banking, or walking across the street, but deciding to put people’s lives in harms way is real risk. I don’t think you can really know what risk is until you take that kind of decision.”

Amelia’s risk paid off, and their vessel passed safely through the Iceberg Highway, but the voyage was gruelling. “People had told us that at that time of year it would be lovely and warm and very slow, so take lot of books to read. No one read a book. You couldn’t. We probably had two nice days! At the worst we had fifty five mile an hour winds and 20 ft seas. We were chased by a pod of whales. I got so tired of sleeping in my waterproofs.”

After two and a half weeks, the team made it, and the sponsorship money flooded in. Amelia is understandably nostalgic: “Arriving was probably one of the greatest senses of achievement. To have finished it was extraordinary. It had been terrifying on every level. I was tested sorely, physically and emotionally. I let myself down on how I behaved on some things, but it was a great experience and it’s a great thing to look back on.”

Although the drama of a Transatlantic sail is hard to beat, Amelia has been committed to making a difference throughout her career and continues to do so, even in her traditional business roles as chairman of Pensions First LLP and as non-executive director at State Street Corporation. She holds the early lessons of her family dearly; When growing up in Boston her parents taught her “the only thing that matters is that you work very hard, you put something back and look out for the underdog.” Her grandfather’s older sister made an impression too, when admonishing Amelia after a family argument: “Amelia! You must put your best foot forward and keep it there!”. Amelia still lives by this advice today, as she continues to work tirelessly across a range of issues from supporting the arts, to increasing transparency in the pensions industry. For a woman with so much drive, energy and passion, I wonder if there might not be another epic voyage to come.