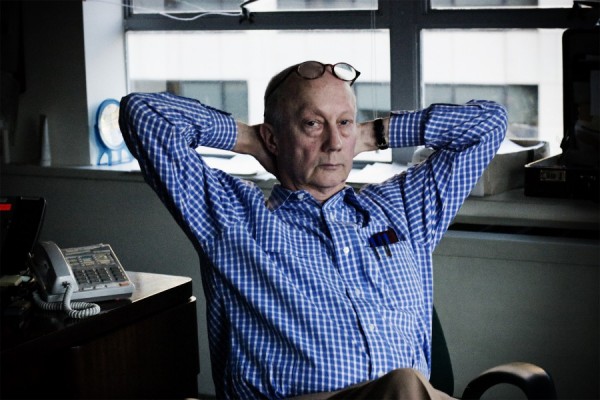 Use business profits to fund a good cause

I was quite nervous about meeting Phil Harvey. He runs Adam and Eve, the largest on-line store of adult merchandise in the United States. As someone who would blush at the thought of walking into a sex shop, the idea of interviewing the owner of America’s largest seemed intimidating to say the least. However, Phil Harvey has another side to him and that is what I was hoping to talk about. He also runs DKT International, a non-profit organisation which promotes family planning and HIV/AIDS prevention in the developing world.

I really didn’t know what to expect when I arrived at his office on K Street, Washington DC, on a chilly November afternoon. But DKT’s offices look just like any other international NGO and Phil Harvey’s own office was thankfully without evidence of his alter ego. However, without the profits from Adam and Eve, DKT might not exist. Phil donates a substantial proportion of the profits from his business to the coffers of the NGO.

So, I wondered, how did this relationship come about? Did Phil make his money first and then decide to donate it to good causes or was this always the grand plan? It turns out that Phil came, as he puts it “from the do-gooder side of the fence”. Having worked in India for five years for CARE International during the sixties, Phil came back to the US convinced that the best way to improve the lives of people in developing nations was not through shipping food around the world. “It was quite clear to me that fertility control, family planning, contraception, was a much more reasonable, logical, sensible way for the people of the wealthy countries to be of help to countries like India.”

Phil went to study family planning at the University of North Carolina in 1969. It was there that he met Tim Black, who later went on to co-found Marie Stopes International. “We were both just absolutely fired up” Phil told me. He and Tim wanted to find ways of providing family planning that were not dependent on the medical skills and infrastructures which were woefully lacking in rural areas in poor countries. “So we immediately focussed on the social marketing of contraceptives. Using the commercial infrastructure and using commercial techniques to brand contraceptives and get them into the market place like ordinary consumer goods. Advertise them very, very heavily and keep the price subsidised so that virtually anyone in the society could afford them.”

The two students decided to test their techniques by selling condoms by mail-order in the US. At that time the Comstock Law of 1873 prohibited the mailing of contraceptives as they were considered to be “obscene” materials. However, having received some assurance from the US Postal Service, the Tim and Phil went ahead and starting putting advertisements for condoms in college magazines. “Tim and I were working well into the evening wrapping up boxes of condoms and sending them off to fraternities or anyone who ordered them from the ads. We’d pay all our bills and at the end of the week there always seemed to be some money left over, and we looked at each other and said, “You know, hmmm, maybe there’s potential for a business here.””

So in 1970 the two men incorporated PSI (from which DKT became an offshoot in 1989) to social market condoms in developing countries and Adam and Eve, to sell contraceptives and other adult merchandise in the US. The relationship between the two organisations was never a formal affiliation but Adam and Eve was always a substantial donor. The company now gives away 25% of its profits to good causes, and provides 10% of DKT’s total funding.

The mid eighties were a trying time for Phil. While the emergence of the HIV/AIDS epidemic was adding urgency to the distribution of condoms, the US government decided to file charges against Phil as a result of Adam and Eve’s expanding trade and the mailing of so-called obscene materials. After seven years of legal battles the government agreed to radically change their approach to such obscenity cases, if Phil were to plead guilty to one of the charges they made against him. He did so and business has been booming ever since for both Adam and Eve and DKT. In 2007 DKT sold over a half-billion condoms, 55 million cycles of oral contraceptives, 12 million three-month injectables, and over 250,000 IUDs in 12 developing countries.

Phil is as passionate as ever about his chosen path. “My feeling about birth control is that it has an immediate and enormous humanitarian impact for the people who get access to contraception. It has a dramatic impact on infant mortality, it has a marked impact on maternal mortality and it certainly has an impact on family welfare. The ability to control ones fertility, especially for women, is a form of liberation, that I think in and of itself is very important. And in thirty five years of doing this I have never seen a down side.”