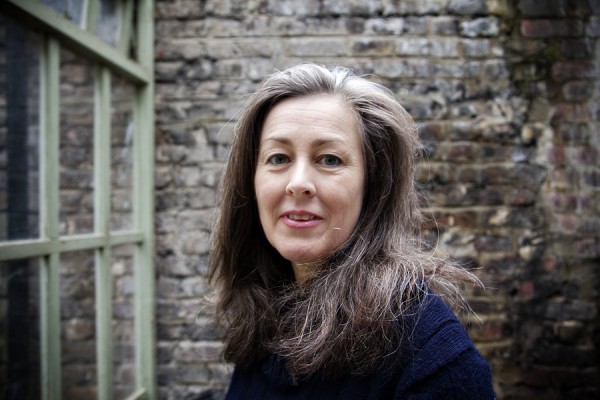 Imagine a world where Ecocide is a crime treated with the same seriousness as Genocide. CEOs, prime ministers and investment bankers could all stand to be imprisoned if they were guilty of contributing to the extensive destruction of ecosystems.

It’s a world that former barrister Polly Higgins is toiling to achieve. About eight years ago, Polly found herself questioning the value of her legal career. She was in the middle of an employment case, and looked out the window and thought: “What the f*** am I doing?” She was defending a client who had gone beyond the point where she thought they should settle, in a case that had dragged on for three years. Polly had a revelation: “I care about what’s out there. I care about the planet. I don’t care about this anymore. I’m fighting unworthy causes.”

So Polly quit the Bar and took a far less lucrative option. She is now developing and promoting the legal instruments she believes are necessary to protect the environment: “I realised that if I were to take on the planet as my client, I didn’t have the tools of my trade,” Polly told me one damp morning in the basement kitchen of her Islington home. “We are predominantly governed by laws of property and ownership, which leads to use and abuse without consequence”.

She has now written a book “Eradicating Ecocide” and regularly promotes her alternative vision through public speaking: “We need to recognise nature’s rights and the planet’s rights and put in place crimes which will uphold those rights.” Reflecting on the personal implications Polly says: “I do not make anything near what I made when I was practicing, but you never know!”

Polly thanks her father for the inspiration to engage with the environment in this way. “He was a meteorologist during World War II. He had the most unusual capacity to analyse weather patterns. He instinctively knew what was coming next, with a very sound knowledge of first principles. I feel the same way about how Ecocide could work as a crime. I have an instinct that it’s going to happen, but could not have done it without my legal training.”

A chance phone call from the UN in 2008, asking Polly to speak about women and the environment, gave her the perfect platform to really develop and start promoting her ideas. “I said ‘Go and ask the highest person that you can about whether I can talk about a Universal Declaration of Planetary Rights instead?’ and they came back very fast and said ‘Forget about the first conference, come to one in 5 months time about climate change’.” That gave Polly the time to really put her thoughts together. “I just treated it like a legal brief and by the time I spoke at that conference, I really had an idea of what needed doing.”

Polly based her concepts on the example of Raphael Lemkin who proposed the introduction of the law of Genocide after World War II. In the wake of the Holocaust, the world was more than ready to accept a law that would address the intent to kill off an entire sector of people. “Civilisation gets to a certain point where it has sufficient knowledge, that it has to close the door. At the moment we have vast damage and destruction to the planet, but there’s no way to address it.”

Polly believes that if individuals within companies and governments are made responsible for environmental crimes, we will immediately see a change in behaviour. In response to pressures to invest in environmentally damaging projects, company directors would refuse on the basis that they could go to prison for it. “It’s about putting something in place that shifts what’s acceptable. Like when William Wilberforce created laws that shut off slavery. There was no point in saying ‘use your slave a little less’. That’s like energy efficiency. Wilberforce knew you needed laws to stop slavery completely. Literally over night it changed from being de rigueur to utterly unacceptable to have black people in chains.”

The next piece in the puzzle, Polly decided, was a new language around environmental destruction. She came across the term “Ecocide” and decided it was exactly what was needed to express the crimes against the planet which she is so eager to stop. Polly proposed that the crime of Ecocide be added to the Rome Statute of the International Criminal Court alongside genocide, crimes against humanity, war crimes and the crime of aggression. She submitted a paper on the subject to the UN Law Commission in April 2010. In order for the crime to come into force, two thirds of the UN member states will need to agree.

There’s still a long way to go before Polly’s ideas are implemented, but her determination is unwavering: “I believe we are living at a very crucial time in history when we can do something and make something happen. I believe that we can do this. I also believe that we have a moral duty to do so.” I just hope we don’t need the equivalent of an environmental holocaust this time, to spur the relevant authorities into action.